If COP27 passed you by unnoticed, you’re not alone.  Last year one could hardly escape the tremendous build-up and media noise around COP26 in Glasgow, while this year’s COP27 in Egypt (‘Conference of Parties to the UN Framework on Climate Change’) was a comparative whisper.  These ‘interim’ COPs are less dramatic, but equally important.  A key component this year was the intractable and ever-delayed issue of climate justice.

For decades we’ve known that the poorest nations most adversely affected by climate change are the least complicit in causing the problem, and desperately need help.  Conversely, the wealthy countries which have benefitted most from industrialisation have also been its primary cause, and ought to shoulder the greater burden of covering the costs of climate catastrophes and transition from fossil fuel dependency.  Wealthy nations have pledged over 100 billion dollars toward this end.  This looks like Climate Justice.  But…

Prior to COP27, world news focused on war in Ukraine, fuel shortages, cost of living increase, mass flooding in Pakistan, and a relentless hurricane season… while Britain was gripped by the death of the Queen, a stricken government, refugee crisis and national strikes.  Climate justice and mitigation generated barely a flicker in the public eye.  Ironically, these existential threats nearly all relate to climate change – yet we’re so focused on our dinner burning that we’ve forgotten the house is on fire.  Where is God in all this?

God is a God of justice, who hates injustice.  This theme runs centrally right through the Bible.  Yet the current array of crises all demand action!  ‘Disaster response’ is immediate, feels good, and serving those in need is part of our Christian duty.  So we pump billions into Ukraine, into disaster zones, into famine relief… and what happens?  The root problems aren’t solved, climate crisis continues, and the issues of justice are put on hold.  The 100 billion to help poorer nations?  Delayed, avoided, kicked down the road but never quite the priority.  Climate justice becomes climate INjustice.

Giving money is contentious when we have our own problems right here on home soil.  (And don’t forget the war.)  Even as Christians, justice is never a convenient option.  Yet we’re all complicit in the problem.  Justice involves sacrificing for others, and that’s hard.  Yet we have a King who exemplified prioritizing the poor and sacrificing for the sake of others.  And then he said, ‘Come, follow me’. 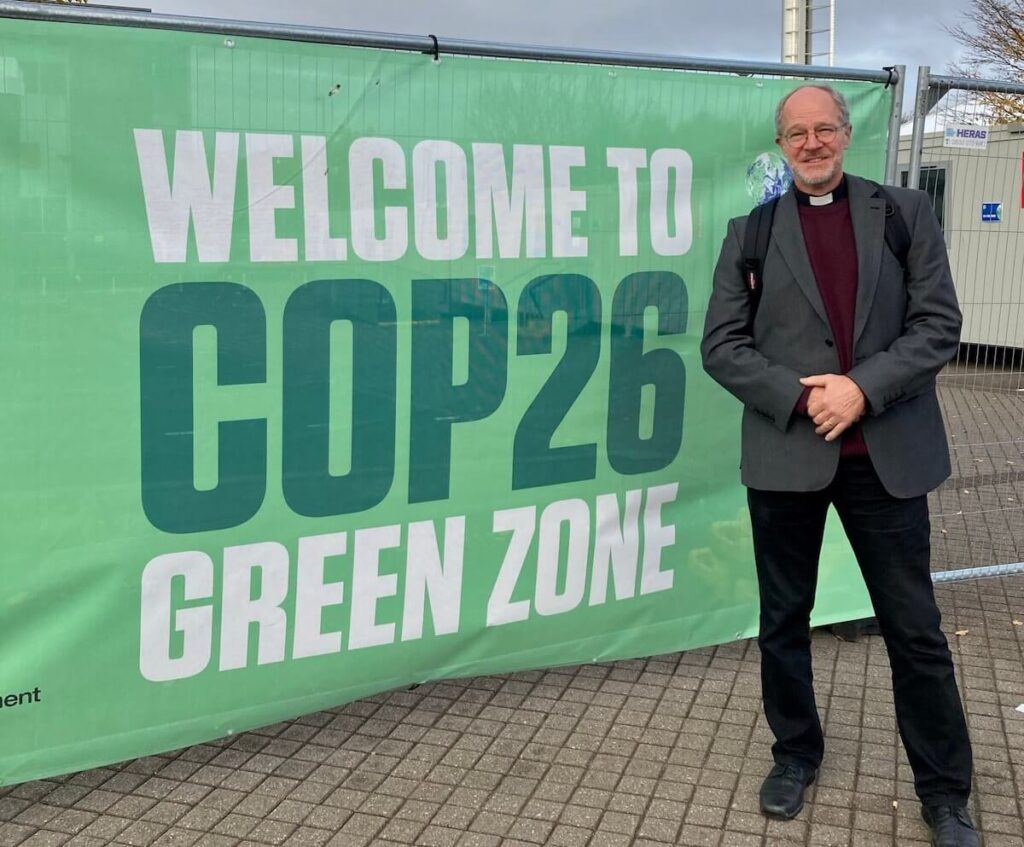 I was privileged to spend a week in Glasgow as part of the COP26 conference, a rather unforgettable experience.  I shared a series of reflections…

Exactly two weeks ago at this moment, I was scrambling to get the final touches ready for the GTS 5-Year Anniversary Celebration.  If you were…